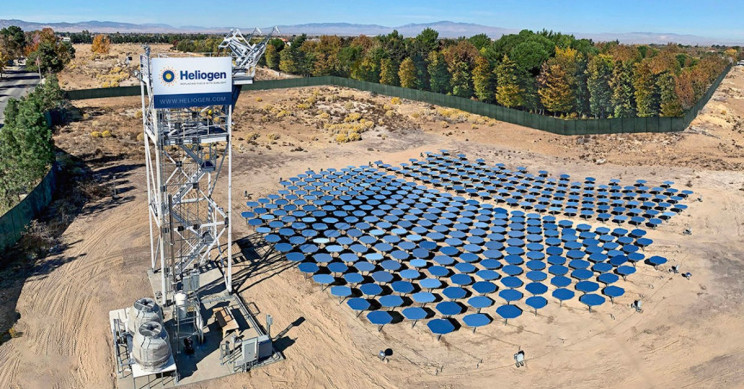 Our environment is in a critical condition and burning fossil fuels around the world is compounding this issue. However, we need these fossil fuels to generate enough heat to run the many cement, steel, and glass factories worldwide. A new Bill Gates-backed company called Heliogen, claims to have found an environmentally-friendly, and software-driven solution.

Heliogen harnesses enough heat from the sun that its solar panels could take over from our current fossil fuel-burning factories to create energy.

Bill Gross, CEO and Founder of Heliogen explained on CNN that by using 1,000 mirrors to direct the sun, and thus heat, to one spot, Heliogen managed to reach incredibly high temperatures of 1,000 degrees Celcius (1,832 degrees Fahrenheit).

Reaching such high temperatures would enable enough energy to be created that could replace using the traditional fossil fuel burning methods. This could take over the industries of cement-, steel-, and glass-making in a much healthier way.

Heliogen’s technology uses Artificial Intelligence (AI) to computer-align all the solar beams (the mirrors) to a single spot to achieve that high temperature. This method will open up a whole new industry that combines technology and software (AI) with solar panels. According to Gross via CNN, the only way to compete with the extremely easy to dig up, and affordable yet horrific for our environment fossil fuels, is by outsmarting the system. A combination of AI and solar panels may be just the ticket.

The startup is not yet operating in the real world, as there’s still a lot more work to be completed. The hope is to reach temperatures as high as 1,502 degrees Celcius (2,737 degrees Fahrenheit).