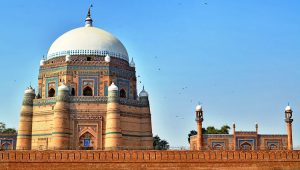 Multan is 5th most populous city in Pakistan. Multan is widely known as the metropolis of sufis & saints; or the Madinat-ul-Auliya because of the large number of shrines and Sufi saints from the city. This is birthplace of Fariduddin Ganjshakar (commonly famous as “Baba Farid”), Multan had a population of 1.2 million as per 1998 count.

This is another Pakistani metropolis that adores cricket. The city government inaugurated a new multi-purpose stadium substituting Ibn-e-Qasim Bagh Stadium which was the lone stadium used for football and cricket matches.

Multan is one of the warmest cities of Pakistan. The city has some of the most extreme temperatures in the month of June which is approximately 37 degrees Celsius. Average day length hours in Multan are 12. Average solar radiation is 5.9 (kWh/m^2/day) and 181 (W/m^2) plane of array irradiance.

Multan is most suitable for solar PV power generation. Krypton Energy is one of the reliable solar power companies in Pakistan which designs the most appropriate solution as well as monitors your PV System in Multan.

1 kWp system can produce 141KWh solar electricity in Multan during summer period. Do contact Krypton Energy, the most reliable solution provider of PV systems in Multan and consider an investment in a solar rooftop system which will bring you savings on your electricity bills and respite in the hot summer months. Following Solar Solutions are available in Faisalabad with Genuine Solar Panels (New); 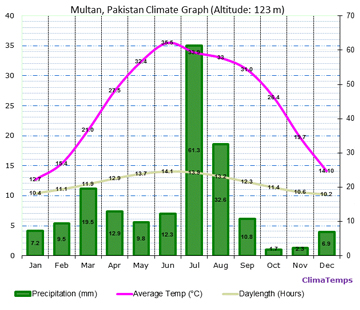 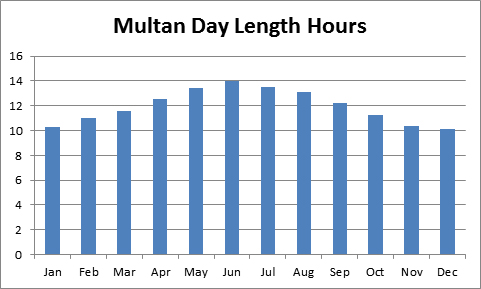