Quetta formerly known as Shalkot is the provincial capital and largest city of Balochistan, Pakistan. Quetta was largely destroyed in the 1935 Quetta earthquake, but was rebuilt and now has a population of 1,001,205 as of 2017, while the Quetta District has a population of 2,275,699. Quetta is at an average elevation of 1,680 metres (5,510 feet) above sea level making it Pakistan’s only high-altitude major city. The city is known as the “Fruit Garden of Pakistan,” due to the numerous fruit orchards in and around it, and the large variety of fruits and dried fruit products produced there.

Solar radiation over Quetta (Pakistan) as simulated by 25 climate models from 1951 to 2100 with (RCP4.5) or without (RCP8.5) climate change mitigation policy. City solar radiation data are from a single site, corresponding to the center of a grid box. Read more technical information in the Specifications tab above. 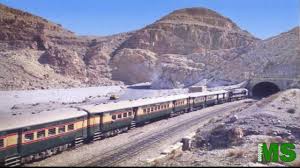 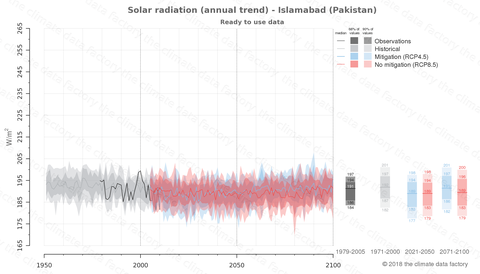 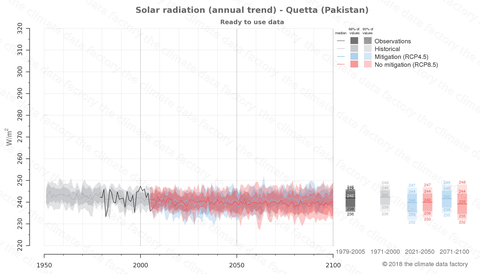