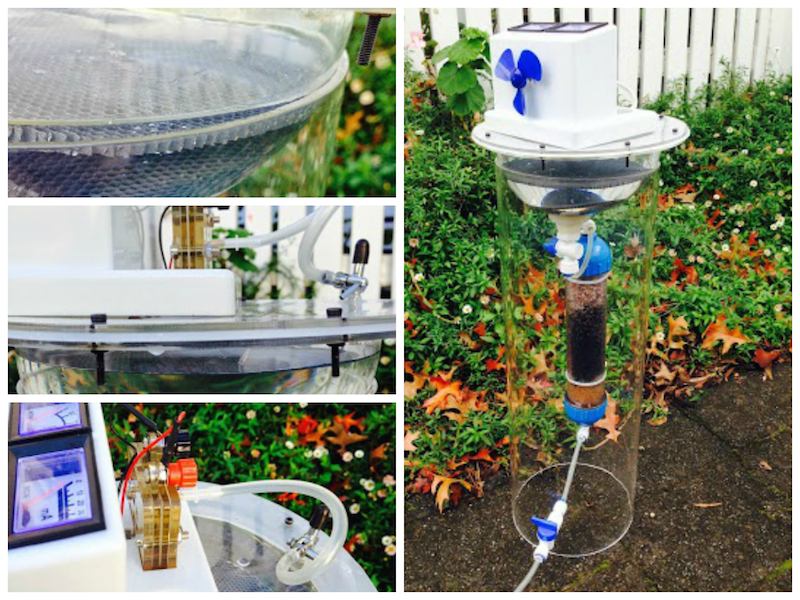 This is where 17-year-old Australian high school student Cynthia Sin Nga Lam comes into the picture. Lam was one of just 15 finalists in the worldwide Google Science Fair competition in her year thanks to her innovative device that would be able to solve the problem of electricity production and clean water access in one fell swoop. Her incredible prototype, cleverly called H2Pro, is capable of purifying wastewater while simultaneously using the removed pollutants to produce power. Even better? The entire process is powered by sunlight alone.

Fast Company reports that Lam “started researching renewable electricity generation last year, and quickly realized that she could incorporate water purification into her process.” The report goes on to explain exactly how the device works: “Dirty water goes in one end, and a titanium mesh, activated by the sun, sterilizes the water and sends it through an extra filter. The photocatalytic reaction also splits the water into hydrogen and oxygen–so someone can flip a switch and start feeding a hydrogen fuel cell to produce clean power. Detergent, soap, and other pollutants in the water help make more hydrogen.”

Lam explained the importance of her breakthrough in her own words: “There are some technologies for purifying water that are similar, but you’d need an extra source of electricity,” she was quoted by Fast Company. “For this one, you only need sunlight and titania. It can generate a very efficient source of clean electricity as well.”