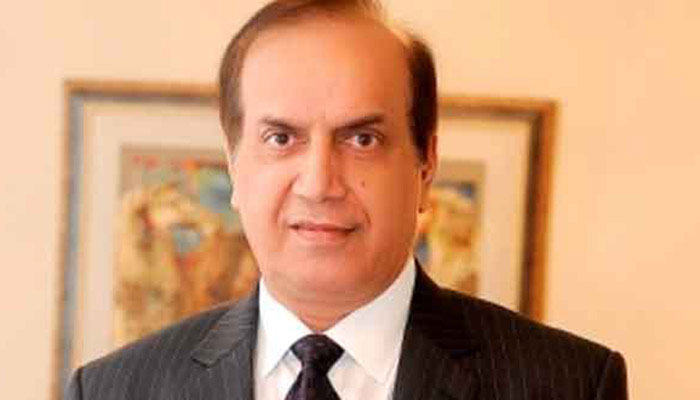 Govt buildings in Karachi, Hyderabad to be powered by solar energy

The Sindh Solar Energy Project (SSEP) of the Government of Sindh, which is being executed with the assistance of the World Bank, will help achieve the goal of 100 per cent electrification of the province with the most affordable price of power for the consumers.

Energy Minister Imtiaz Ahmed Sheikh said this on Thursday while speaking as chief guest at a consultative session held on the SSEP of the province’s energy department. The $100 million WB-funded project has three components: installing solar systems on rooftops of all government buildings in Karachi and Hyderabad, deploying solar home systems in 200,000 rural households of Sindh through off-grid method, and installing a utility-scale solar power system of 400 megawatts in the province.

The energy minister said the SSEP would benefit every Pakistani in terms of decreased basket price of electricity available to power consumers. He said the project was conceived by the Sindh government to utilise maximum potential of the province to produce electricity through renewable means of energy abundantly available in Sindh.

He also said that in the next few days the provincial government would formally sign an agreement with the WB for the project at a ceremony to be held at the Chief Minister House. Shaikh expressed gratitude to Pakistan’s president for completing the formation of the Executive Committee of the National Economic Council for getting the necessary approval at the federal level for the SSEP.

He said the Sindh government was fully committed to this project under its resolve to use both conventional and alternative resources of energy available in the province to generate inexpensive electricity.

He also said that earlier the Sindh administration had participated in the project to extract coal reserves in Thar for the first time to generate massive electricity, adding that the first such project of 660MW had become functional this year.

The minister said the provincial government absolutely believed in the massive potential of coal reserves of Thar having the power to change the destiny of the entire country.

He said the Sindh government was wholly facilitating the installation of the new wind energy project in the Gharo-Jhimpir corridor, adding that recently 12 such projects had signed power purchase agreements with the National Transmission & Despatch Company.

He also said the National Electric Power Regulatory Authority had recently awarded a licence to the Sindh Transmission & Dispatch Company to act as the country’s first-ever provincial grid company.

Sheikh said the company would lay its own transmission lines and construct grid stations for the evacuation of electricity from the renewable energy projects to be installed in the province.

Energy Secretary Musaddiq Ahmed Khan said on the occasion that the provincial government had always been a strong advocate of using renewable resources of energy for clean production of electricity.

Khan said the project in question had the potential of producing 500MW to 700MW of electricity through distributed generation system. He also said the Sindh government would make every effort to ensure that the equipment to be used for the solar energy project meets the international standards and specifications.

WB Senior Energy Specialist Oliver Knight said the pilot project to power homes by solar energy through off-grid method would initially be implemented in 10 districts of the province and later this initiative would be introduced in other towns.

Knight said the WB had approved the project last June. He said that a proper survey would be conducted to carefully select the government buildings in Karachi and Hyderabad to install solar systems on their rooftops.

He also said that 20MW of renewable electricity would be produced through distributed generation system by installing solar systems on the rooftops of government buildings in two main cities of the province, adding that these systems would be tied to the national grid.

SSEP Project Director Mehfooz Qazi said the scheme would be implemented in five years’ time, for which consultants had been selected for all three of its components, adding that all these components would be executed simultaneously.