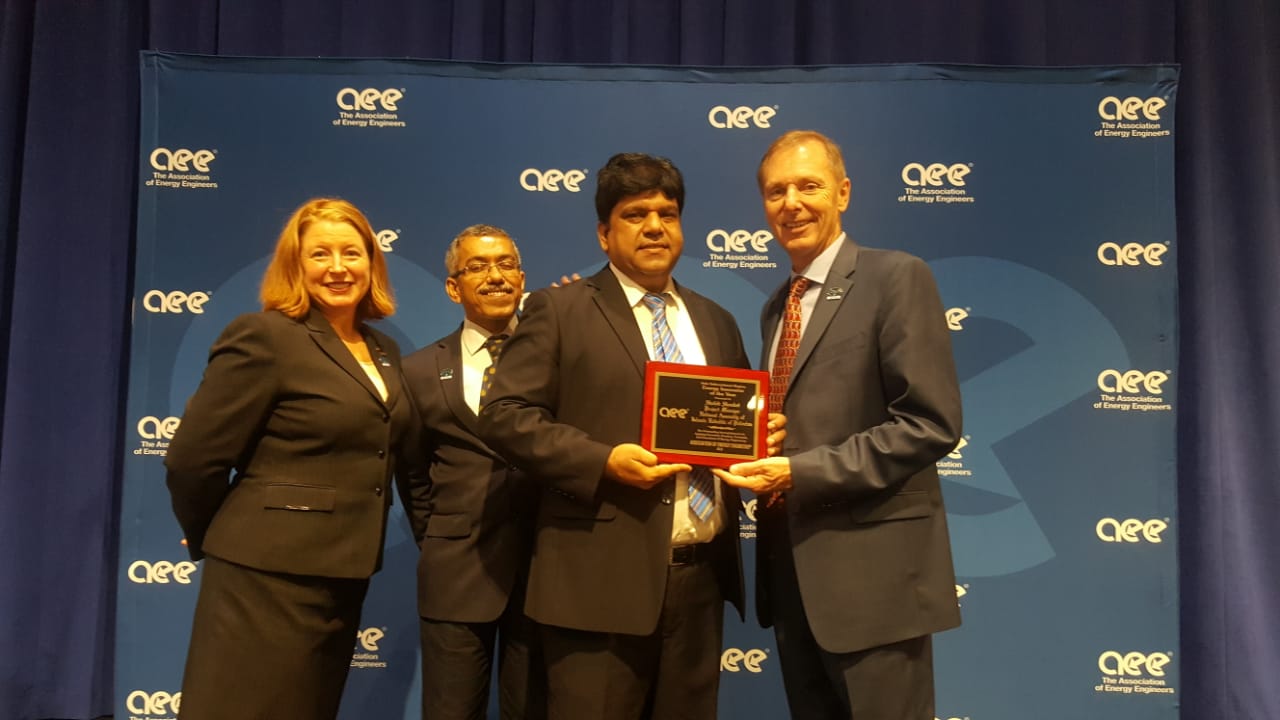 He received the award during the 42 Year World Energy Engineering Conference & Expo at the Washington Convention Centre in Washington DC on September 24.

He got this award for executing one of the distinct projects which crowned the Parliament House to be the world’s first largest green parliament based on renewable energy resource.

He has not only helped the DISCOs to finalise the strategy/procedure for bidirectional metering but also formulated an easy procedure to get the license from Nepra.

Up till now, around 1000 net-metering licences have been issued by the Nepra.