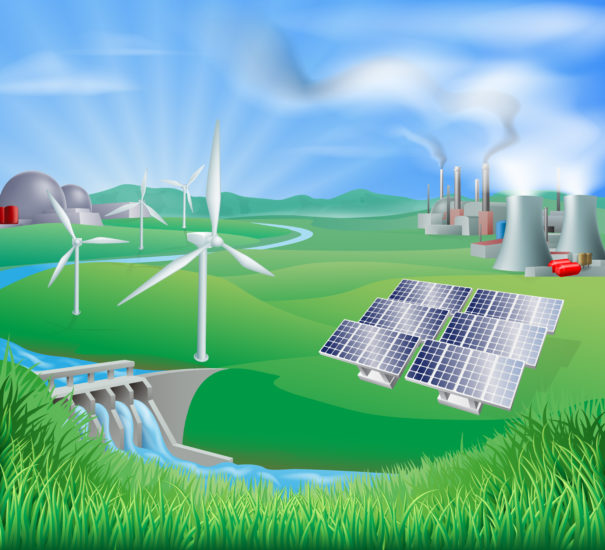 Pakistan to phase out almost all of the existing thermal power plants to meet rising energy demand at affordable costs.

Right now 61% contribution comes from all thermal sources, 29% hydro, 6% from renewable and 4% from nuclear.

ISLAMABAD: The government plans to increase the country’s power generation capacity by almost 300 per cent in next 20 years to 111,000 megawatts and phase out almost all of the existing thermal power plants to meet rising energy demand at affordable costs.

The move is part of the Indicative Generation Capacity Expansion Plan (IGCEP) 2018-40 finalised by the National Transmission and Despatch Company in consultation with all the federal and provincial agencies and private sector consultants to ensure low-cost development of future projects and to comply with regulator’s Grid Code obligations.

The IGCEP 2018-40 represents the first complete iteration of an integrated planning exercise for the power sector of the country and will be revised every year on the basis of ground realities including growth trajectory, consumption patterns and completion or delays in projects to ensure regulatory compliance.

The plan puts current total capacity at about 29,000MW even though total installed capacity stands at about 33,500MW including about 3,000MW of coal-based plants, 9,700MW of hydropower plants, 20,000MW of thermal plants besides 1,345MW of nuclear and 1,900MW of renewables. As such, 61pc contribution comes from all thermal sources, 29pc hydro, 6pc from renewables and 4pc nuclear. Power generation goes up to 153,000 Gigawatt Hour (GWh ) at present.

Thermal plants will be phased out in 20 years

The plan has been firmed up on basis of three different economic growth scenarios until 2040. At 4.5pc GDP growth rate, the government will have to increase its generation capacity to 65,100MW to generate 370,500GWh. In case of 5.5pc GDP growth rate, the capacity would need to be expanded to 80,500MW to generate 458,000GWh. In high growth rate of 7pc, the capacity will be increased to 111,000MW to make available about 630,500 GWh.

The IGCEP is targeting a total capacity addition of about 98,100MW by 2040. This would include about 29,000MW of hydropower plants followed by 20,000MW through local coal-based plants, mostly in Thar. The nuclear power generation capacity would go beyond 4,300MW as a series of large plants of 1,100MW each are completed. The plan envisages decreasing the capacity of Liquiefied Natural Gas-based plants while a total of about 9,000MW current oil-based plants would be phased out by 2040.

On the other hand, about 16,000MW capacity addition has been planned through renewable sources — wind, solar, baggasse etc — while imported coal-based generation capacity would increase to 5,000MW.

The plan is also based on existing policy limitations and system constraints. For example, 66pc energy for Regassified Liquid Natural (RLNG) projects is on ‘take or pay basis’. Although cheaper plants are available for dispatch but their generation has been curtailed to account for RLNG contractual obligations. There is a need to ponder, ascertain and establish how the fuel contracts will be negotiated in the renewal phase of these projects with respect to minimum take-or-pay fuel requirements, the plan advocates.

All strategic projects have been considered for the plan. In the long term, the policy will continue to focus on least cost generation options and on harnessing indigenous resources, particularly Thar coal and renewable in south and hydro potential in the north.

In this regard, a project is considered as committed provided the project is already under construction or has achieved financial close or has strategic importance i.e. China-Pakistan Economic Corridor (CPEC) Project or Public Sector Committed Projects. It also takes into account the commercial operation dates for committed and candidate power projects conveyed by project executing agencies and further rationalised by the Prime Minister’s Task Force for Energy Reforms.

Wind and solar power would be developed in the blocks of 500MW and and 400MW respectively, from the year 2021-22 and onward. Due to high-annualised cost, projects like Chiniot, Kaigah, Tungas, Yalbo and Basho have not been included for this report. Likewise, 1,320 MW Oracle Thar-Based plant, though being a CPEC project, has not been considered as a committed one because of its changing characteristics and completion timelines.

From year 2019, the gap between nominal capacity and the demand is steadily widening, and the same starts surpassing the peak load of the system. In the year 2032, the cumulative nominal capacity is estimated at 62,979MW whereas the peak load is projected at 50,306MW, thus a wide disparity of around 13,000MW exists between the two parameters and the capacity is in surplus as compared to demand.

In 2040, the last projected year for the IGCEP, the total nominal capacity in the system stands at 98,091MW against a peak load projected as 80,425MW. Therefore, a significant surplus of around 17,600MW has been estimated between the projected demand and the installed capacity, as a spinning reserve.

With the current costs of renewable energy, as well as the increase in costs for imported fuels and currency devaluation, the least cost generation plan utilises large quantities of hydro capacity, Thar Coal-based generation and renewable energy which is in line with the general policy view to reduce dependence on imported fuels from the perspective of energy security, sustainability and affordability ultimately yielding significant reduction in foreign reserve requirements pertaining to imported fuels.

The plan did not take into account the impact of demand side management and net-metering because of non-existent or ineffective policy direction.