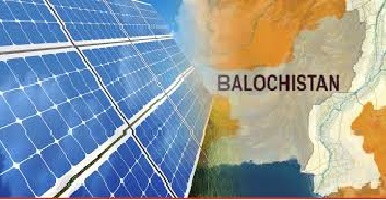 First Solar project 50MW to be developed in Balochistan

Enertech Quetta Solar has been granted a generation license by the National Electric Power Regulatory Authority (NEPRA) on August 30th, 2019, for a 50-MW solar power project to be built on a Build, Own, Operate & Transfer (BOOT) basis in Pishin, Balochistan.

This will be the first renewable Independent Power Producer (IPP) project in 22 years to be developed in Balochistan – and thus it has a landmark status.

It is pertinent to applaud the Government of Balochistan for this achievement and important to highlight the role of Chief Minister Balochistan Jam Kamal Khan in attracting one of the most sophisticated investors to Balochistan. This will duly send a very positive message to global investors and open doors for other blue-chip investors to invest in Balochistan.

Enertech Pakistan’s CEO Yasser Malik, while commenting on the achievement, said that Enertech is committed to harnessing the renewable potential of Balochistan with the goal to develop it into the Renewable Energy Hub of Pakistan. Enertech will continue to work in partnership with the Government of Balochistan on several other key strategic initiatives including energy independence, food security and infrastructure development. These initiatives will increase local employment, improve the pace of economic growth and improve socioeconomic indicators of the province.

The Government of Balochistan, led by honourable Chief Minister Jam Kamal, has been instrumental in attracting foreign investment and supporting the project on both the provincial and federal levels. These projects are in line with the Prime Minister’s vision of a Green Pakistan where renewable energy will have a 30% share of total energy production by 2030