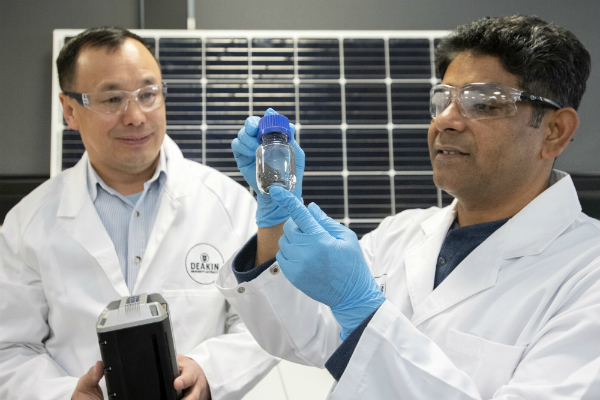 The Centre for Advanced Studies and Energy of the University of Engineering and Technology, Peshawar, has developed low-cost solar panels. These panels are available at half the price of the existing silicon ones, developed with the help of international partners by using the third-generation solar photovoltaic technology. These lightweight and flexible panels will be unveiled this week.

Dr Najeebullah is the principal investigator of the project at the UET. Prof Han of the Huazhong University of Science and Technology, China, and Dr Toby Meyer of Solaronixmix, Switzerland, are also part of the initiative.

Dr Najeebullah said the project’s research phase began in 2014 with the support of USAID. Whereas, the prototype development of the third generation solar panels got underway in 2019 with the financial support of the provincial government.

He also revealed that the solar panels in the market needed highly refined poured silicon with a purity of 99.99999 per cent and processing temperature of 1100 and above degree centigrade.

“We replaced silicon with the naturally available metal halide provskite in our product, which will be produced at 450-degree centigrade,”

The principal investigator said four companies of the world, including Oxford PV in the UK and Germany, Wonder Solar founded by Prof Han, Microquanta, GCL-nano, both in China, and others have so far established manufacturing units and tested their products in the field and were about to provide their products for commercial purposes.

On the other hand, adviser to the chief minister of the higher education department Kamran Bangash has praised their efforts. He said that the government has extended the duration of that solar technology project for another year.