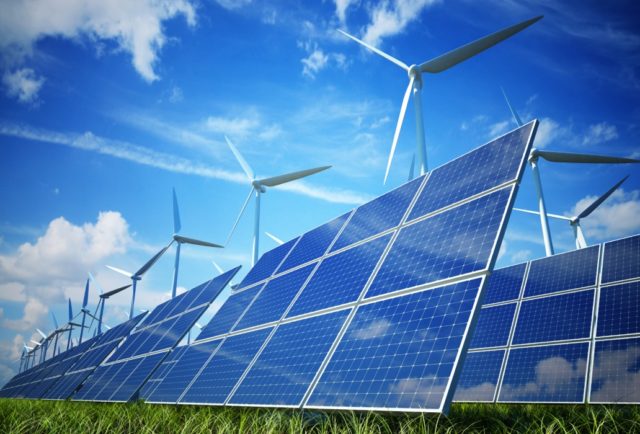 Solar panels have been hailed as one of the most important energy technologies of our time for their ability to theoretically produce infinite energy. But solar panels only work during the day and even then only if there is enough sun for them to convert into electricity. Well now there is a new kind of panel, and it could well solve that problem.

This new tech is called the anti-solar panel, and it doesn’t absorb heat from the sun to turn into electricity. Instead, these panels capture the heat that the earth radiates into the atmosphere at night as it cools off and radiates it out in turn. This radiated heat is then used to produce electricity with a thermoelectric generator.

Thermoelectric generators work by converting heat into electricity using a phenomenon called the Seebeck Effect: a difference in temperature in two different conductors or semiconductors results in a difference between their voltages, creating an electric potential. A team of scientists from Stanford University used this phenomenon to generate 2.2 watts of electricity per square meter of anti-solar panels in a rooftop proof-of-concept.

Now, 2.2 watts from a square meter of panels may not sound like much, but it is important to note that this electricity was produced without, strictly speaking, an external source of energy or a battery. According to the scientists who developed the proof-of-concept, anti-solar panels can be used to light cities during the night at a low cost.

This is not the first anti-solar project, however. Earlier this year, media reported on the work of a University of California – Davis researcher who developed cells that captured the earth’s heat and radiated it towards the sky, using the same process of radiative cooling, through which bodies lose heat by emitting infrared radiation.

“A regular solar cell generates power by absorbing sunlight, which causes a voltage to appear across the device and for current to flow. In these new devices, light is instead emitted and the current and voltage go in the opposite direction, but you still generate power,” the researcher, Jeremy Munday said in a statement in February. “You have to use different materials, but the physics is the same.” What is perhaps even better is that, according to Munday, such panels could be used during the day as well, as long as they were pointed away from the sun. In other words, anti-solar panels could theoretically work around the clock, which would eliminate one of the biggest drawbacks of solar panels: their dependence on the availability of sunlight.

And now the Stanford scientists boast that their anti-solar panel is a lot more effective than older experiments with radiative cooling, capable of producing up to 120 times more energy. Munday, however, reports that his panels could produce 50 watts per square meter.

“This result is significantly higher than the previous reported results and points to the potential applicability of harvesting electrical power at night,” theywrote in their paper. And the thermoelectric generator only made up a tiny part of the whole installation, which means it can be easily scalable, they also noted.

Anti-solar panels can be a great idea for places that have a lot of sunshine, because even without it, there is ambient heat in the atmosphere that can be captured by the panels and radiated as infrared light, to be in turn harnessed by a power generator. However, for now, it is all mostly theoretical.

“We are working to develop high-performance, sustainable lighting generation that can provide everyone – including those in developing and rural areas – access to reliable and sustainable low cost lighting energy sources,” the Stanford researchers said.

If the promise of anti-solar technology materializes, it would offer a way around battery-based energy storage that, although costs are falling, is still quite a costly aspect of reliable renewable energy. However, it appears that the applications of anti-solar cells are relatively limited in that both studies mention it as a source of electricity for lighting.

Indeed, the potential of this new technology seems to be limited: even Munday’s panels could only generate a quarter of what regular solar panels generate, and, he notes, these solar panels are the result of decades of research and development, while anti-solar technology is a nascent one.

However, if it advances sufficiently, it could add to the renewable evolution of energy: anti-solar panels could be installed at industrial sites and run on the waste heat from industrial processes, producing clean energy and contributing to the much-hyped carbon neutrality of industrial activity. Or they can simply be installed on a rooftop, like regular solar panels, but capable of generating electricity 24/7.

Perhaps it could also be combined with cooling systems like this one, which uses radiative cooling to cool buildings without an external source of energy, and instead of sending the heat collected in the device into space, using it to produce electricity with anti-solar cells.