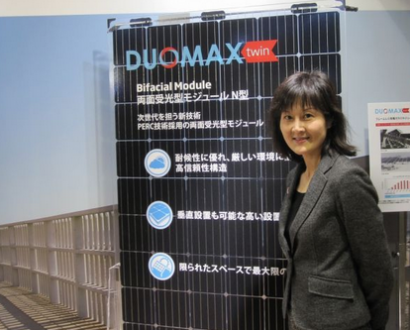 Mexico City, January 15, 2020.- Trina Solar, a leading technology provider of intelligent solar energy solutions, announced that in just two years, it has established itself as one of the three main companies in the photovoltaic module market in America Latin and the Caribbean, and calculates closing 2019 with a positioning of around 12%. Among the achievements made by the firm at the end of the year in the region, there is a significant growth in sales and the early launch of higher performance and high efficiency technologies, as well as higher capacities.

According to data held by the company of different analysts, in 2016 module shipments to that region were around 1.5 GW and on average, in 2019, it will be higher than 8 GW. “The photovoltaic technology is fully adaptable to the regional environment and has proven to be competitive in costs, in addition to that we have adequately promoted the benefits it provides to our users, providing excellent service, not to mention the benefits that solar modules provide to the environment, ”said Álvaro García-Malhind, General Director for Latin America and the Caribbean of Trina Solar in a report sent to Energía Limpia XXI. From the perspective of Trina Solar, the photovoltaic energy market in Latin America continues to develop because technology costs have been greatly reduced, with a more powerful Distributed Generation segment. The majority of projects that are currently being developed in the region are large facilities on the ground to provide services, however, residential and commercial projects are already taking off. “The strongest markets in 2019 were Brazil, Chile and Mexico, however by 2020, these present great challenges in regulatory matters and government policies,” adds García-Malhind.

Other Latin American countries have significant potential. “Looking to the immediate future we see a fairly consistent Chile, so it is possible to escalate to a dominant position in the region and we see Colombia optimistically – which registers annual growth and where we close important projects at the end of last year – . To these are added Ecuador, the countries of the Southern Cone and Peru, markets that are willing and prepared to implement solar energy, ”says García-Malhind. Regarding the technological evolution of Trina Solar, it continues: In 2018 the standard in the projects were to use 330W polycrystalline modules, in 2019 the 350W panels were migrated and the production of the 405W monocrystalline was increased. This year, its development will reach 435W and there will be bifacial modules larger in power and size, for example, those of 440W are expected before the middle of 2020 and those of 500W will be seen at the end of the year. What follows is the growth of solutions that allow you to manage and maximize the energy produced by the panels, such as TrinaPro.

Continuing to consolidate the brand’s position and continue to grow is the projection made by Trina Solar for the year 2020, leveraged its high quality products and services. Despite the possible political and financial instability in some countries of the region, Trina Solar maintains a positive vision of the photovoltaic energy market by 2020, since clean energies maintain excellent development potential, in addition to being proven competitive “Every Once we are more aware that there is no “B” planet and the pressure for politicians is growing, we believe that solar energy will be the one with the greatest potential and growth but not the only one, ”concludes García Malhind.

Trina Solar recently launched in Latin America and the Caribbean the new photovoltaic modules of its TallMAX and DuoMAX Twin series, which deliver greater power, efficiency and performance in the generation of solar energy and include the latest technology from the manufacturer, which has a range of up to 450 Watts and that is focused for the large-scale services segment.

Founded in 1997, Trina Solar is the leading global provider of intelligent integrated photovoltaic energy solutions. The company specializes in the development, research, manufacturing and marketing of photovoltaic products; development of solar energy projects, operation and maintenance; development and sale of complementary smart energy systems and multiple networks, as well as operation of energy platforms in the Cloud. In 2018, Trina Solar launched the concept of the Internet of Energy Things and started the Industrial Development Alliance of the Energy IoT and the Center for Industrial Innovation in the New Energy of the IoT with leading companies and research institutes worldwide. The company’s commitment is to become the global leader of the smart energy industry,