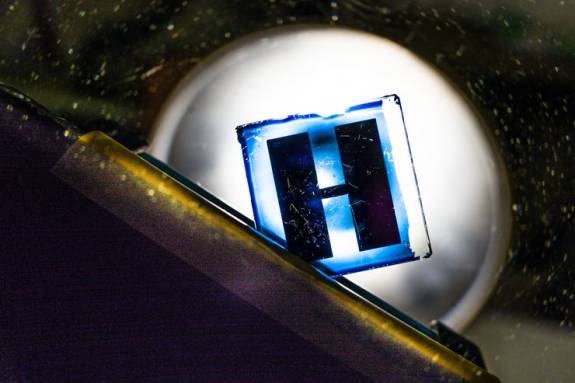 Scientists have created a new type of solar cell that is able to convert ambient indoor lighting into electricity. The solar panels they have developed are organic solar cells, and while the power they produce is low, it could be plenty of juice to power internet of things devices. As the IoT expands, there will be millions of devices that are in public spaces and homes that need power to operate.

The organic solar cells that the team has created are flexible, cheap to make, and suitable for manufacturing as large surfaces in a printing press. The light-absorbing layer of the cells has a mixture of donor and acceptor materials that give flexibility in tuning the cells, so they are optimized for different wavelengths of light. The panels the team has created absorb the exact light that surrounds most objects in living rooms and indoor environments around the world.

The scientists have described two organic solar panels with one having an area of 1cm2 and the other 4cm2. The smaller solar cell was exposed to a light intensity of 1000 lux and as much as 26.1% of the light that hit it was turned into electricity. It delivered 1V for more than 1000 hours in ambient light that varied from 200 to 1000 lux. The larger solar cell had an efficiency of 23%.

The team says that the work shows great promise for solar cells that can be used in our daily life. The team also notes that it is confident that the efficiency can be improved further.

The team plans to spend time optimizing the materials used for the panels. This sort of organic solar panel could be a big deal for all manner of electronic devices and help make homes greener around the world.