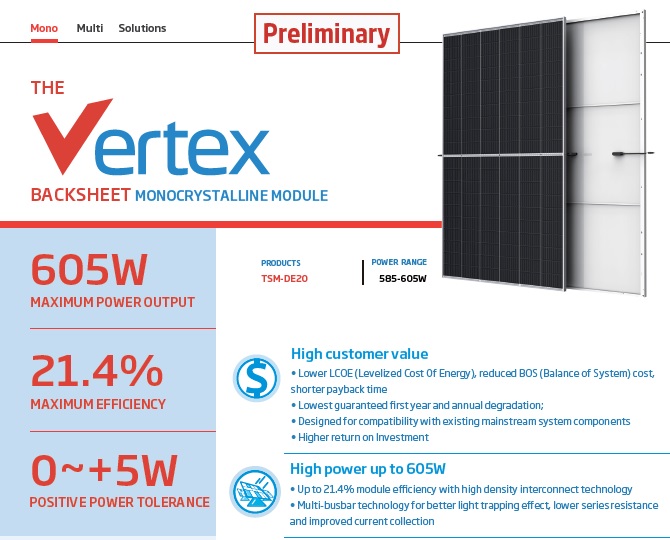 Just four months after Trina Solar opened orders for its top-of-the-range 500W PV modules in Australia, the Chinese solar giant has thrown down the gauntlet to the industry with the global launch of a 600W module.

The 600W Vertex module was unveiled by Trina on Thursday at an industrial chain summit of the 600W+ Photovoltaic Open Innovation Ecological Alliance in China.

Its arrival turns the page on the barely formed 500W module club, which has in recent months welcomed members from almost all of the solar majors, including Longi Solar, Canadian Solar, Risen Energy, JA Solar, and JinkoSolar.

As the name suggests, the 600W panels build on Trina’s 500+W Vertex technology, which the company flagged just last month as a stepping stone to the next big power upgrade.

And already, Trina has made the leap. Not bad considering it was just this past April that the 500W Vertex module was celebrated for notching up an industry-leading output of 515.8W, following the formal mass production of the Vertex pilot line on March 18, and the shipment of the first Vertex order on March 27. 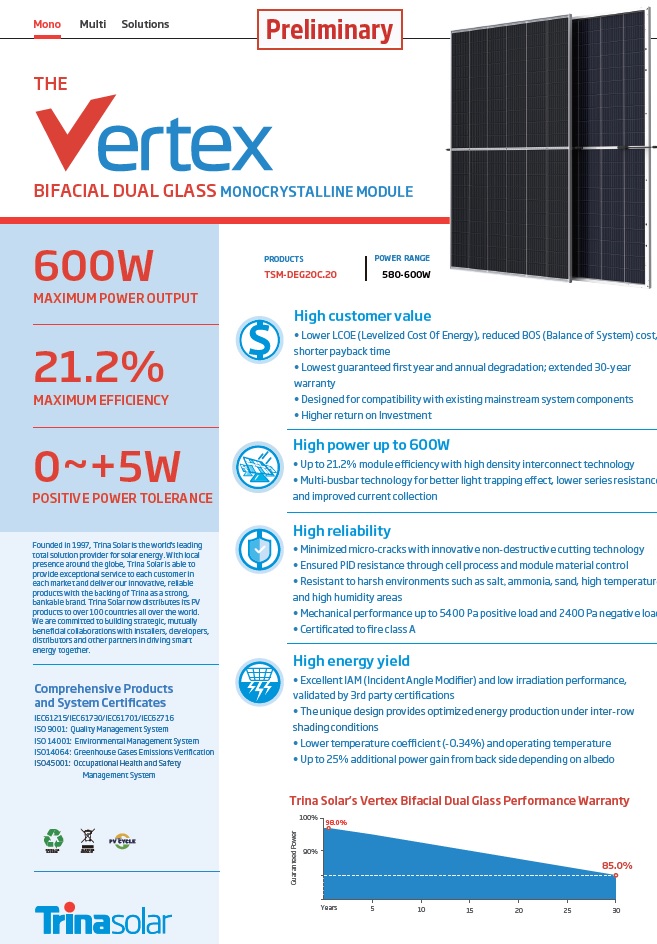 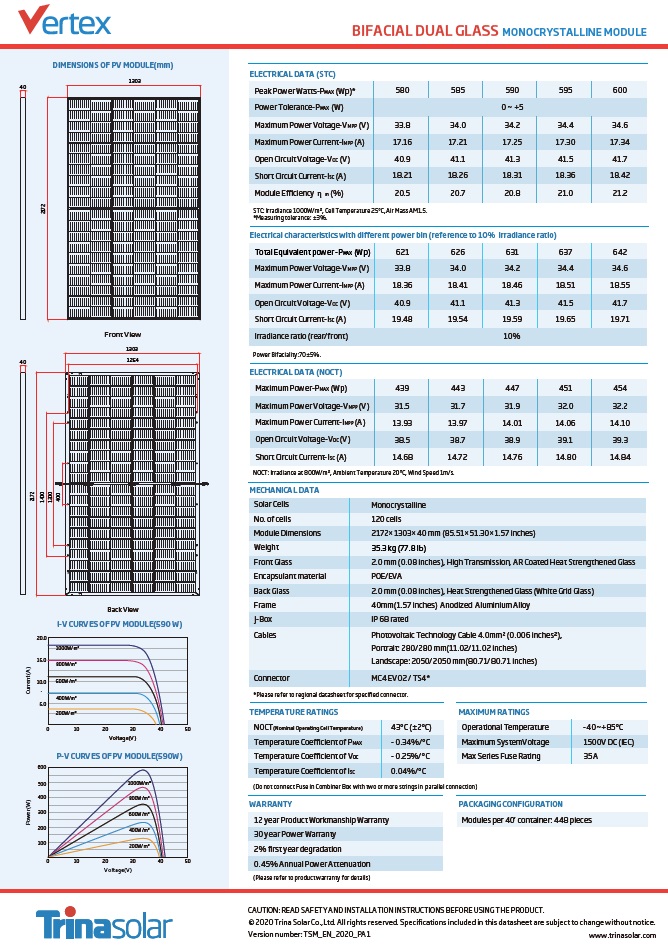