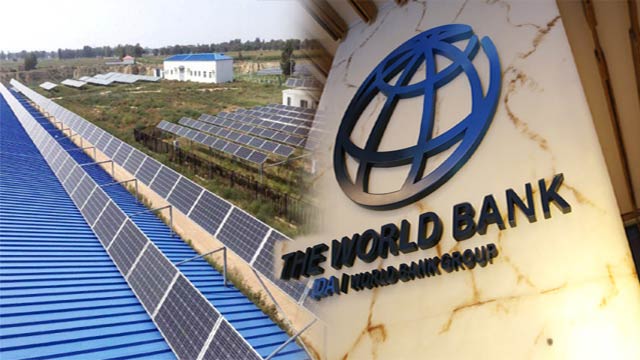 The World Bank (WB) has asked the Government of Pakistan to revisit its policy on interest during construction (IDC) for hydropower projects to ensure affordable energy. The bank released a fact sheet on “Tarbela Fourth Hydropower Project (T4HP)”, which states that the IDC charged by the Government of Pakistan to WAPDA, accounts for 34 percent of the project cost of the T4HP and hence, has a bearing on the tariff that is charged to electricity consumers.

“The World Bank financing carries an interest rate of between 1 and 3 percent, with a long-term maturity ranging between 20 and 30 years, hence providing concessional financing to generate low-cost energy. Therefore, it is important that the Government of Pakistan revisits its policy on the IDC for hydropower projects to ensure affordable energy as Pakistan embarks on its aspiration to become a renewable energy reliant economy by 2030,” maintained the fact sheet.

The objective of the T4HP is to add 1,410 megawatt (MW) of renewable and low-cost electricity to Tarbela Dam’s generation capacity during the high-demand summer season.

The project has installed a power plant of 1,410 MW on the fourth tunnel at Tarbela Dam. The Tarbela Fifth Extension Hydropower Project will install an additional power plant at Tunnel 5. This is expected to bring total generation capacity of Tarbela to 6,298MW (nearly 20 percent of current installed capacity in the country).

The fifth extension under implementation will finance the installation of a plant of 1,410 MW on Tunnel 5 and a 50-kilometer transmission line to transport electricity to the national grid. Once completed, the total capacity of Tarbela will be 6,298 MW. The government has decided to move to a renewable energy reliant economy by 2030 in which hydropower will be the backbone.

To keep pace with the demands of a growing economy, this would require the development of additional generation capacity of 20GW of hydropower, wind and solar.

T4HP is an important part of this transformation away from high-cost inefficient thermal to low-cost renewable energy. The T4HP has increased the supply at competitive prices from Tunnel Four, reducing loadshedding and contributing to long-term energy security.

The T4HP became operational in 2018 and has since generated over 6,200 GWh of electricity benefiting millions of people. The achievements under the T4HP are impressive – the power plant at Tunnel 4 was completed on time and at a lower cost, and resulted in foreign exchange savings.

Moreover, the revenue earned by the WAPDA from the sale of electricity has already exceeded the cost of the T4HP investment. Also, the project modified intakes of Tunnel 3 and Tunnel 4 and raised them to a higher elevation to protect against sedimentation in the reservoir.

This has increased the lifespan of the power house on Tunnels 3 and 4, which otherwise would have been inoperable due to deposits of sediment. According to the fact sheet, construction on an operational dam is complex and requires careful planning to avoid any disruption to on-going operations. The WAPDA continues to play an important role and has managed the project efficiently, including the selection and management of international firms, leading to improved tendering and contract management processes in other projects.

Construction works under T4HP were completed on time and met the target generation of 1,500 GWhs in 2018. The project was financed with a $400 million IBRD loan and a $324.93 million equivalent IDA concessional credit in March 2012.

The WAPDA financing was assumed as $74 million equivalent, less than 10 percent of the project cost. Additional financing of $390 million from the World Bank was approved in 2016 for the installation of a power plant at Tunnel Five and a 50-kilometer transmission line.

These are jointly financed with $300 million from the Asian Infrastructure Investment Bank (AIIB) who will be providing $300 million. These investments will be completed in three years. Tarbela Dam is an earth-filled dam on the Indus River in Pakistan’s Khyber-Pakhtunkhwa (KP) province. It is the largest earth-filled dam in the world and also the largest dam by structural volume.

The dam was completed in 1976 and was designed to store water from the Indus River for irrigation, flood control, and the generation of hydroelectric power.

The Tarbela Dam project was constructed as part of the Indus Basin projects together with Mangla Dam and associated infrastructure connecting the Indus tributaries.

The expansion of Tarbela Dam was designed in stages. In 1980, the first four units were added on Tunnel 1 with an installed capacity of 700MW. The second extension increased this to 1,750MW in 1985 through the addition of six units to Tunnel 2.

The third extension, adding three units of 432MW in 1993, increased capacity to 3,478MW. In March 2012, a fourth extension was approved to install a power plant of 1,410 MW on the fourth tunnel. The power plant became operational in 2018, increasing the dam’s installed capacity to 4,888 MW.